Las Vegas in July!! What were you thinking!!??

That's probably what everybody who reads this post is thinking. And we thought the same thing several times! However it was time for Mike to fly home and Las Vegas was a convenient and relatively inexpensive departure point. Plus it is one of Bob's favorite destinations!

So we packed up and headed to Vegas. 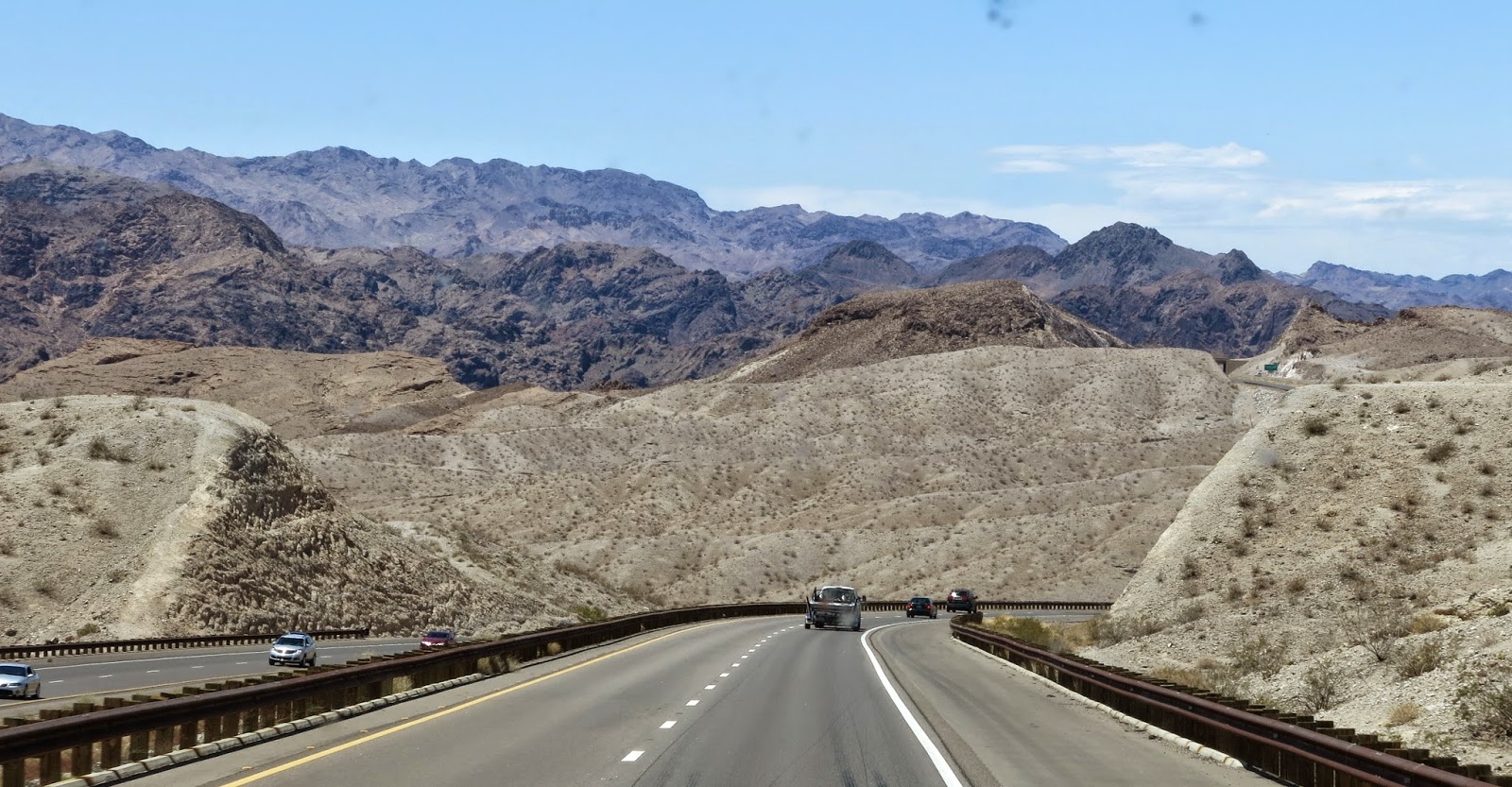 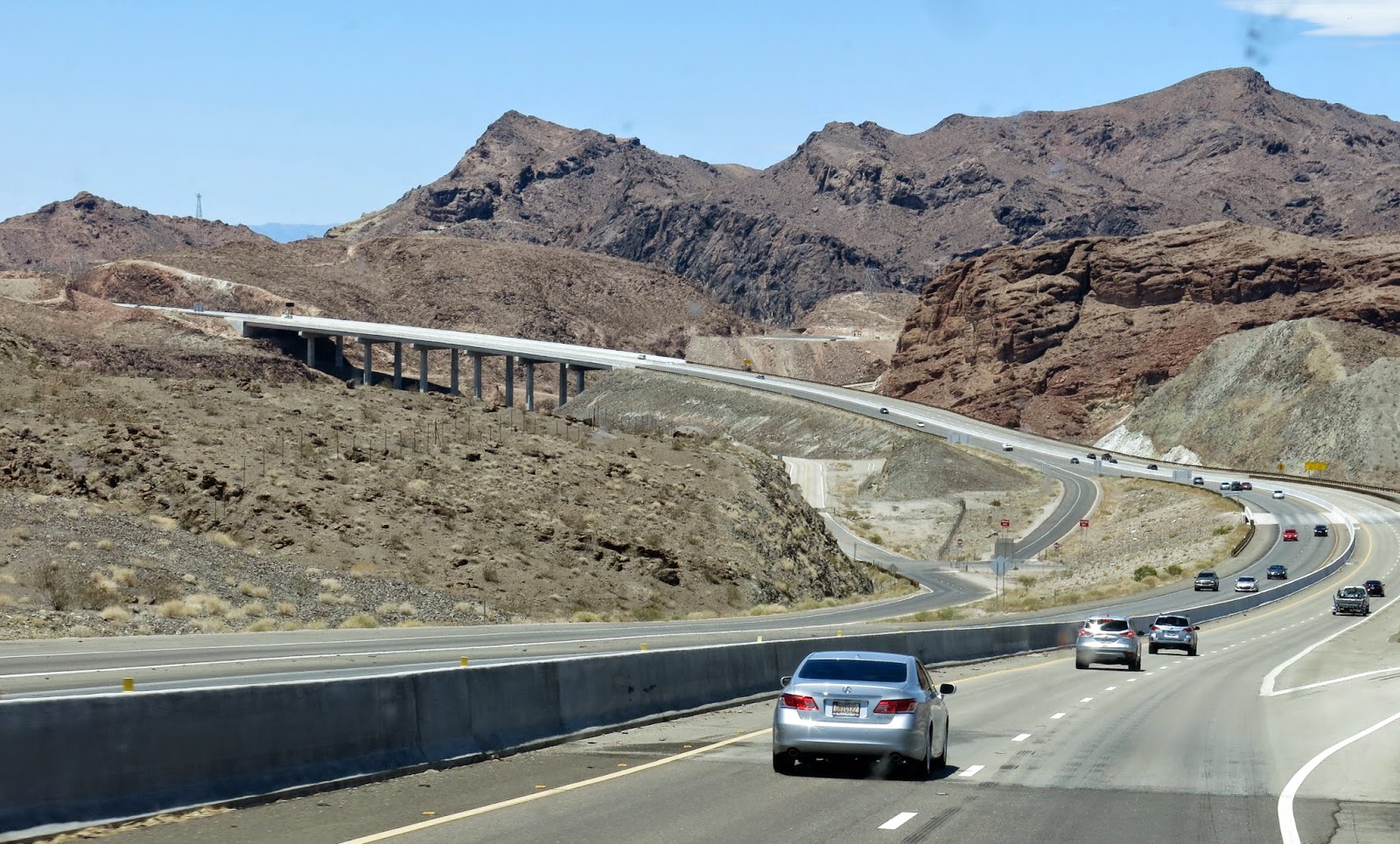 We had reservations at the Las Vegas KOA which is (or was) part of the Circus Circus Casino complex. We had stayed there before and even though it was not the most attractive or comfortable campground it was conveniently located on the Strip near several casinos and within walking distance of the Monorail. 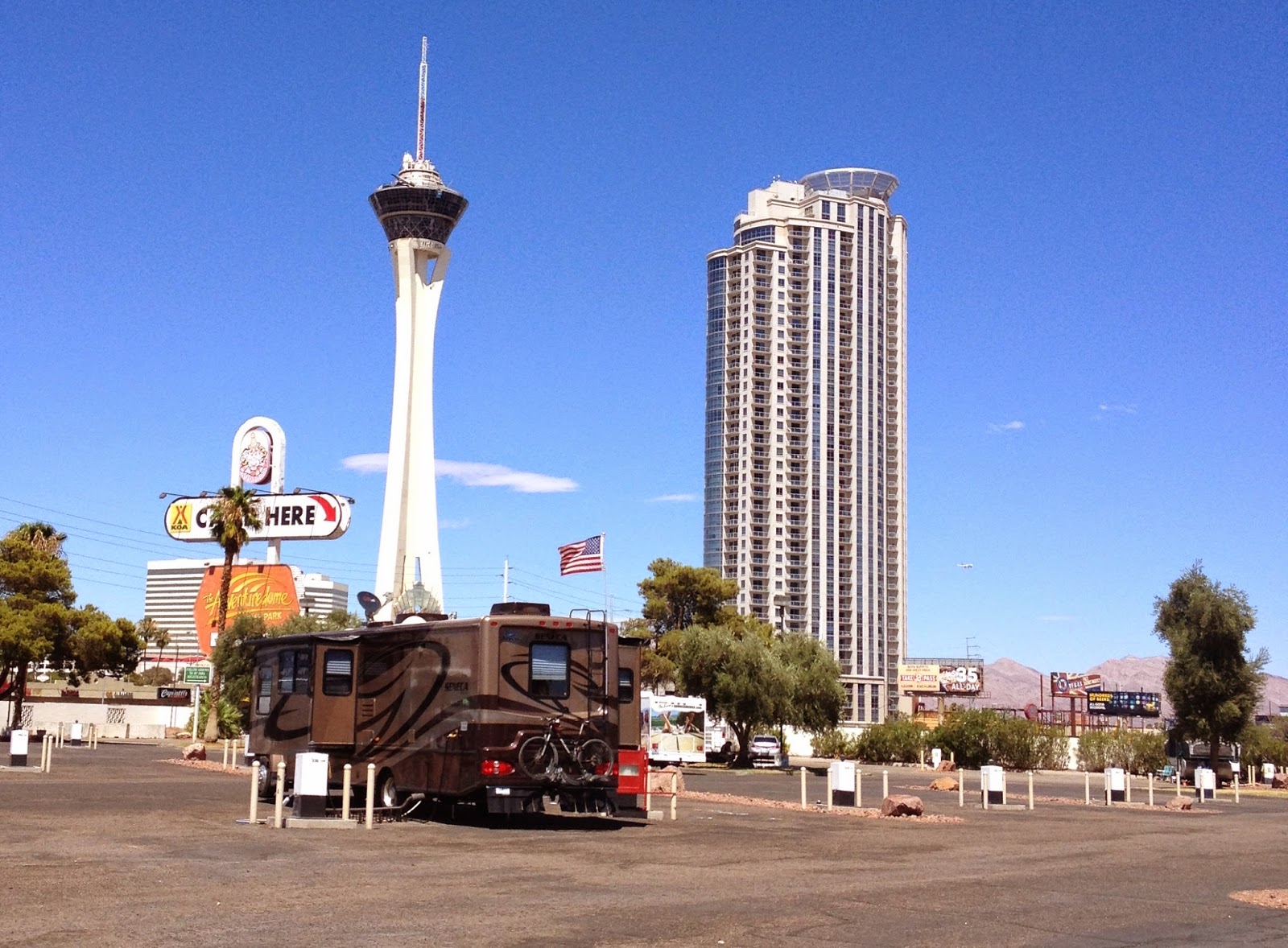 As of October 1st KOA is now affiliated with the Sam's Town Casino Complex on the Boulder Highway. Don't know what Circus Circus has planned for their campground.

Despite the heat we did a little gambling, walked some of the Strip, and took a day trip to Mt. Charleston which is located in the Spring Mountains. 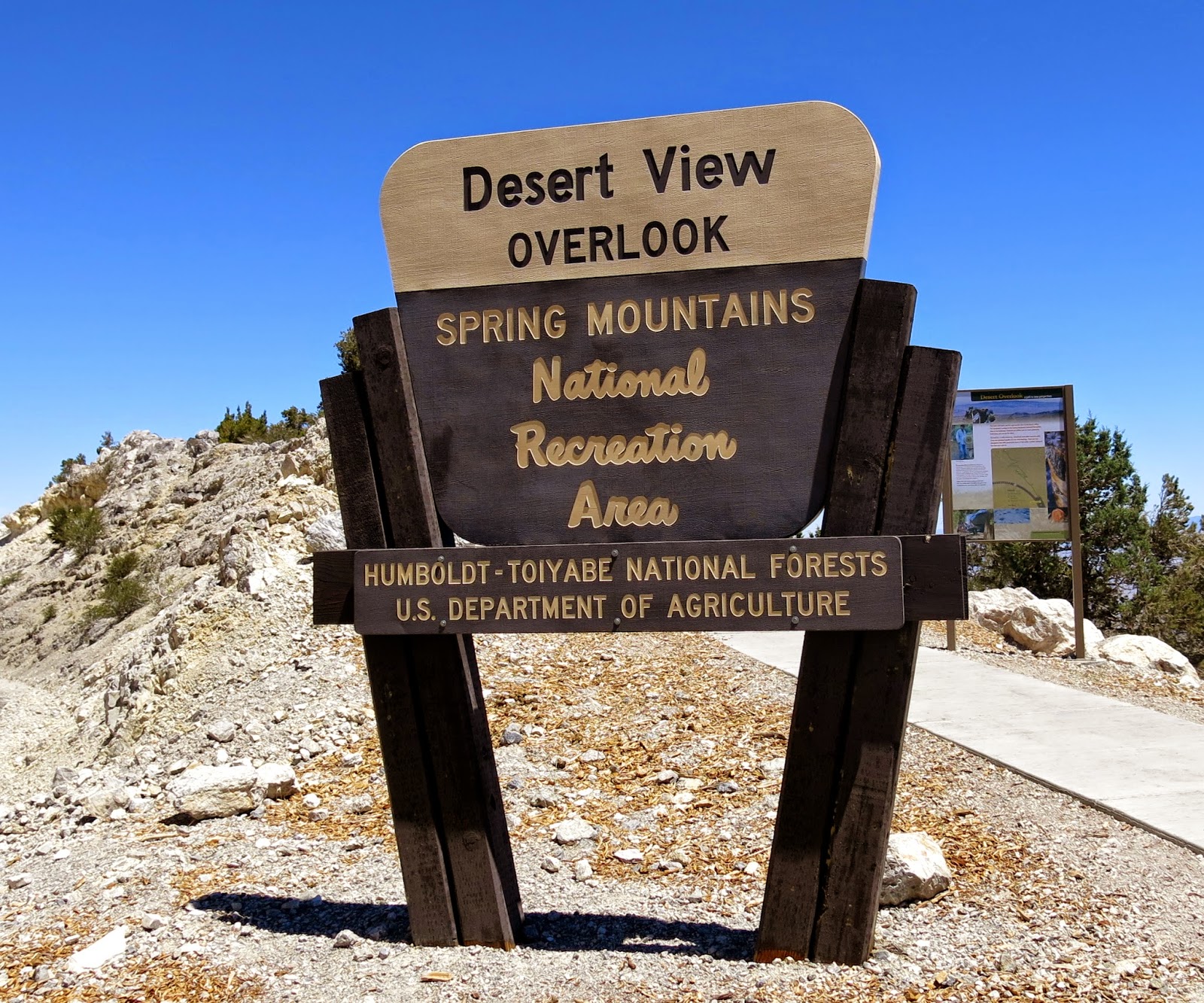 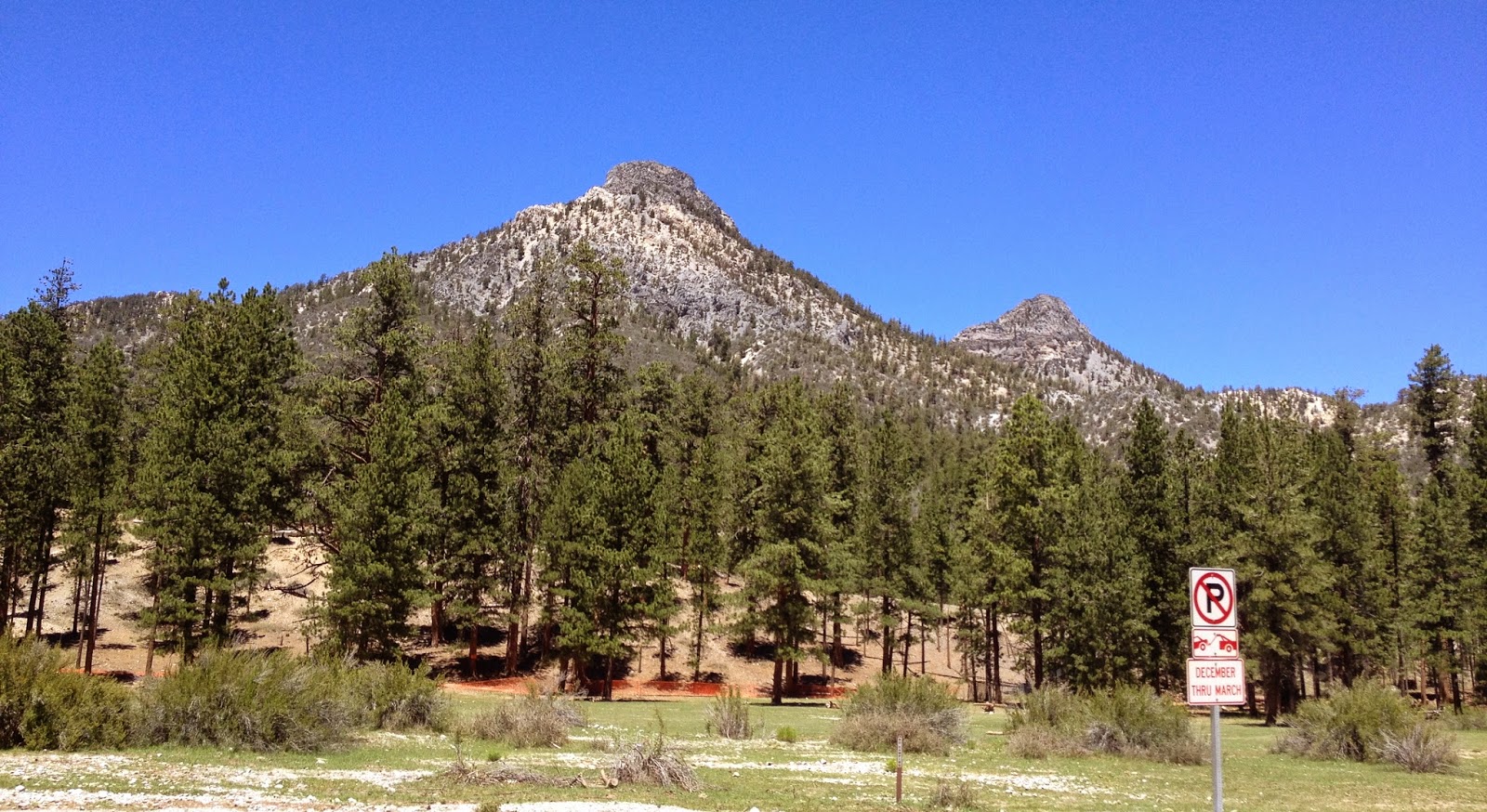 We left Las Vegas the day after Mike flew out and moved on to St George, Utah. St. George has beautiful scenery and great places to hike and explore but unfortunately I had picked up some kind of intestinal bug in Vegas. Between the heat and the bug I spent most of my time in St George just resting and recuperating.